This part of the gardens is called the japanese garden mainly because of the granite Japanese lantern that you can see in the centre although we have planted it to give a Japanese look and feel. Originally area between the box hedging was planted with a  a variety of hebe bushes which were pruned to shape but over time they became woody and tended to lean too much on the box. So a few years ago we took the hebes out and replaced them with box balls and Hakonechloa macra. Alas the balls suffered from blight and so they were rapidly removed and replaced by yew balls. Now they are all due their annual clip. This will be followed by a fungicide spray as a precaution against the blight.

The garden is situated on what must have been an old river bed. There is no shortage of river cobbles that seem to come up where ever you dig. These have been used  to good effect to make hard landscaping around the garden as can be seen above. The courtyard at the front of the house is also cobbled. This dates back to when the house was the stabling and coach house to the rectory next door. 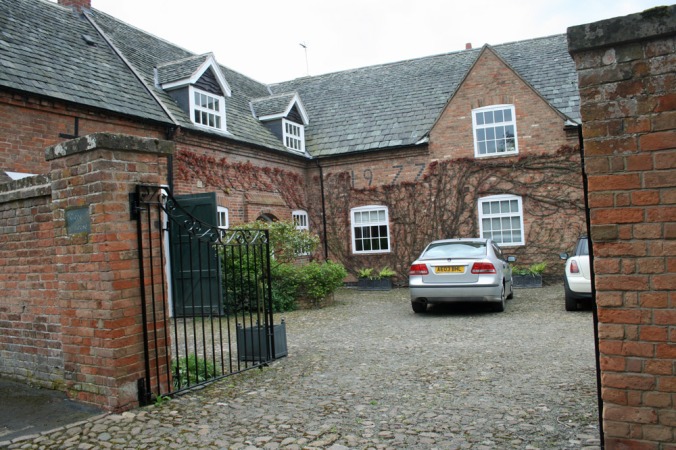 Overtime the moss between the cobbles starts to take over. Every ten years it’s down on your hands and knees to remove the moss; a job that can take hours!

Clematis of the week: 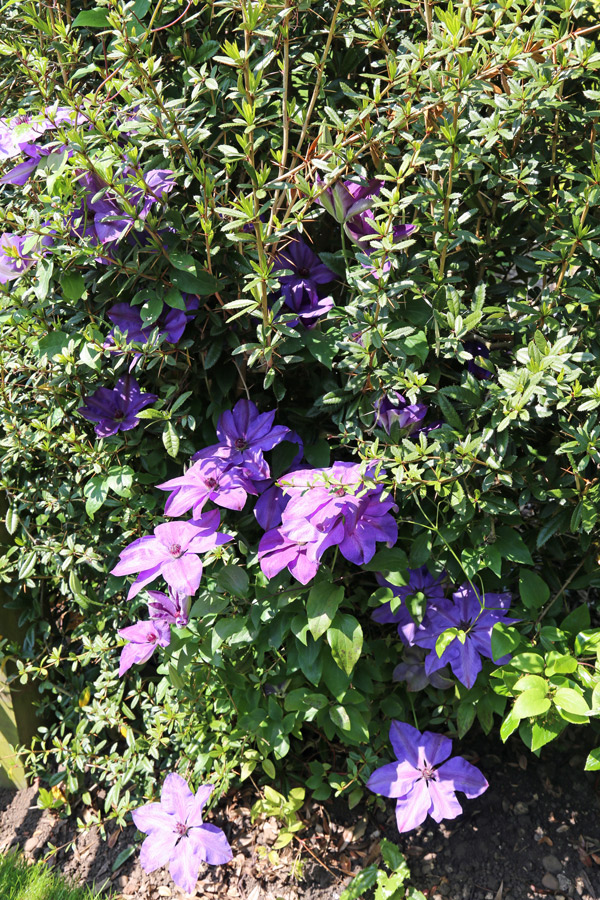 By the side of an old pig sty there are three double-U pear trees and some step over apples. July is the time to prune them. Strong laterals are cut back to three good leaves and sub-laterals to 1 inch.

Virginia creeper (Parthenocissus quinquefolia) is one of those plants that behaves for most of the year and then suddenly it explodes into growth and action is required to prevent the house disappearing.  A ladder and secateurs does the job but maybe it will need doing one more time before the end of the year. 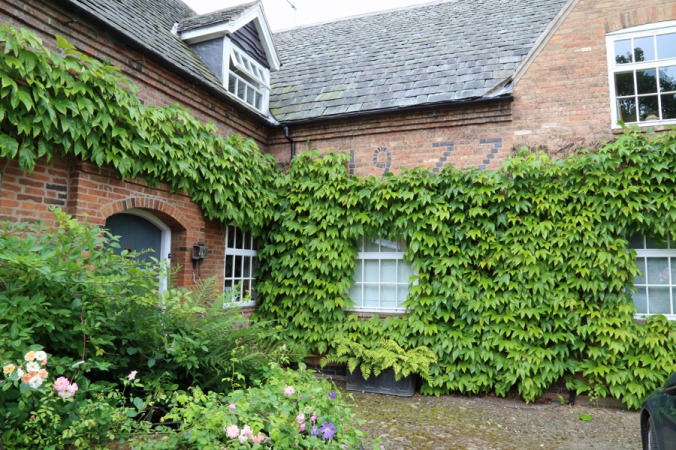 The date 1977 on the side of the house which is now visible is the date an extension was added to the old part of the house. Old materials were used and it looks like it was always there.

Despite the rather strange summer weather the flower beds are looking very full. Interestingly the dahlias are only just coming into flower, a good four weeks later than normal.

Main garden looking towards the pergola

2 thoughts on “Yew balls,cobbles and creepers”